VASTU SHASTRA -Vastu Shastra which literally translated means the ‘science of Buildings’ is an ancient Indian ‘Architectural Science’ that deals with inter-related subjects like Geography, Geology, Geometry, Astrology, Philosophy, factors influencing a site such as Topography, Orientation, Surrounding structures, Roads, Sun, Earth’s magnetic field etc. and lays down guidelines for the design and construction of a Building or ‘Vastu’. The Science of Vastu Shastra is briefly explained here:

WHAT DOES VASTU SHASTRA MEAN?

Vastu Shastra literally translated means the ‘Science of Buildings’ since ‘Shastra’ means a ‘Science’ and ‘Vastu’ means ‘all places of dwelling’ and ‘Vaastu’ means the actual physical manifestation of the dwelling. Both terms ‘Vastu’ and ‘Vaastu’ are from the root ‘Vas’ which means ‘to dwell, live, stay, abide’ (cognate with the English past tense was). So Vastu Shastra basically means Architecture (Art &Science of buildings).

There are four categories of Vaastu:-

BHOOMI – The earth/site, the principal dwelling place on which everything else rests.

As these categories suggest, the principles of Vaastu Shastra extend from the macro level to the micro level - site selection, site planning and orientation, zoning and disposition of rooms, proportional relationships between the various parts of buildings, the character of buildings and the minute details like furniture.

WHAT IS VASTU SHASTRA? 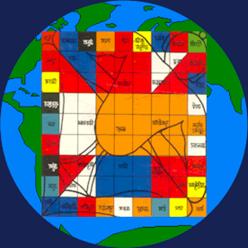 Vastu Shastra is an ancient Indian Vedic Building Science which lays down guidelines on the construction of buildings, so that they are in harmony with the natural environment by managing the flow of cosmic energy (prana) through and around them, which in turn promotes the well-being, peace and prosperity of the inhabitants.

According to Vastu Shastra, when buildings and forms are in tune with the underlying cosmic principles, they become a part of the basic structure of the universe and vibrate in harmony with it. These positive vibrations are believed to have a positive effect on t by he inhabitants.

Common sense tells us that a properly designed house is one which is aesthetic, hygienic, comfortable, easy to move around and thereby a pleasure to live in. Naturally the inhabitants will be happy and content in such a house, whereas, a poorly designed house will be unaesthetic and not comfortable to live in and hence create irritation in the minds of the inhabitants.

Vastu Shastra takes advantage of and manipulates the natural resources like sun, wind, air etc. and the topography of the site, the surrounding roads, trees, water sources, structures etc. to channel positive energy and prevent imbalance in the building and thus bring about harmony between man, nature and his built environment.

According to Vastu Shastra, the entire universe exists in endless space and has no direction whatsoever. However, on Earth our directions are defined with respect to the Sun and there are eight cardinal directions. They are:

East (poorva): It is common knowledge that the Sun rises in the East.

West (Paschima): The Sun sets in the West.

North (Uttara): When one faces the East, the direction to the left is the North.

South (Dakshina): When one faces the East, the direction to the right is called the South.

The corner where two Cardinal directions meet, is also significant since it combines the forces emanating from both the directions.

North-East (Eeshanya): This is where the North and East meet.

North-West (Vaayavya): This is where the North and the West meet.

South-West (Nairuthya): This is where the South and the West meet.

South-East (Aagneya): This is where the South and the East meet.

WHY ARE THE “EIGHT CARDINAL DIRECTIONS” AN IMPORTANT VASTU SHASTRA FACTOR?

Since the Vastu pundits knew of the importance of sunlight to humans, along with the the Sun, the eight ‘cardinal directions’ were taken into account in the design of buildings. The main aim of Vastu Shastra is to ensure that the inmates of a house are inadvertently exposed to the useful rays of sunlight, even if they are inside the house the whole day. But during a day, people perform different activities in different rooms at different times and the Sun’s position keeps changing with respect to the ‘cardinal directions’. So to ensure that the inmates get exposed to sunlight constantly, each room should be positioned in a specific cardinal direction so that it faces the Sun at the time of the day when it is most likely to be used by them.

ACCORDING TO VASTU SHASTRA, IDEAL LAYOUT OF A HOUSE WITH RESPECT TO THE CARDINAL DIRECTIONS.

Vastu Shastra prescribes a plan called the Vastu Purusha Mandala, in which each room (depending on it’s function) is located in a specific cardinal direction and to make it easy to remember, Vastu assigns symbolic gods (who have certain inherent qualities) to each of the eight cardinal directions. For example, the Kitchen (where cooking is the main activity) is positioned in the South-East direction and Agni, the god of fire is assigned to this direction.

Here, we have explained the ‘eight cardinal directions’ with the preferred rooms and the symbolic gods that rule these directions. Since Vaastu is a science, every guideline is based on logic and reasoning. We have attempted to explain these guidelines rationally and scientifically, so that you can decide what you want to follow and what you don’t.

NORTH-EAST (Eeshanya), the direction of the supreme being is suitable for open space, Water source and Puja Room/meditation room: The Logic – Just before dawn, between 3am and 6am, the Sun is in the North-Eastern part of the house and as these hours are ideal for yoga, meditation or prayer, this is t he right direction for the Puja/meditation room. Since the North-East corner gets constant sunlight (through the year) from the North and morning sunlight from the East, it is preferrable to have lots of open space to allow unobstructed sunlight into the house. In addition, because of the available open space and the Sun’s germicidal UV rays, the Water source (in ancient times an open well) can be located here.

EAST (Purva) ruled by the Sun god, Surya is the ideal direction for Main doors and windows, Bathrooms: The Logic- The rising Sun is in the East between 6am and 7.30am and as this is the right time for bathing etc, this is the ideal position for Bathrooms. Since the rising Sun represents the essence of all beginnings, having the main door here is a sign of veneration to the Sun. Lots of openings in the East will ensure that the UV rays of the morning sunlight can engulf the interior of the house and destroy the bacteria that would have multiplied during the night.

SOUTH-EAST (Aagneya) the direction of Agni, the god of fire is best for the Kitchen: The Logic- The Sun is in the South-East from 7.30am to 9am and as this is the best time for preparing and cooking food, the Kitchen can be located here. The germicidal UV rays of the Sun will keep the kitchen counter free from germs that spoil the food.

SOUTH (Dakshina), the direction of Yama is suitable for Office, Children’s bedrooms, Store rooms: The Logic – The Sun is in the South between 9am and noon and is the right time to do work. Therefore this is the best direction for an office and Childrens bedrooms. By noon, the intensity of the heat is high and so the South is also ideal for store rooms which need to be moisture proof.

SOUTH-WEST (Nairutya) the direction of Pitru, the ancestors is suitable for Master bedroom, safe, wardrobes, library : The Logic - The Sun is in the South-West section of the house between noon and 3pm and this period is called Vishranti (resting period). Hence, this is the best position for the Master bedroom. Since the owner sleeps here it also makes sense to have his safe here. However, the South-West tends to get heated up by the sunlight reflected from the West and so it is advisable to have a library or wardrobes on the West wall of the room to reduce the heat.

WEST (Paschima) governed by the water God, Varuna is the best direction for Childrens’ bedrooms, study room, Bathrooms, Toilets, Trees: The Logic – The Sun is in the West between 3pm and 6pm and since this is the ideal time for children to study, the Childrens Bedrooms and study room can be located here. The West gets heated up more than the other directions beacuse of the hot afternoon Sun and the re-reflection of it’s infra red rays from the ground. Therefore, less used rooms like Toilets, Bathrooms and Store rooms can be placed here as they will serve as a buffer and prevent the rest of the house from getting heated up. Also, they will remain dry and hygienic due to the heat.

NORTH-WEST (Vaayavya) the direction of the wind God, Vaayu is right for the Dining room, Childrens bedrooms, Toilets, garages: The Logic -The Sun (though not visible) is in the North-West after 6pm and this is the time to eat, relax and go to bed. So this is the best position for a dining room and bedroom. The North-West too gets heated up by the evening Sun. So, the less used rooms like Toilets, Store rooms, garage can be placed here as they will serve as buffers and prevent the rest of the house from getting heated up.

NORTH (Uttara) ruled by the god of wealth, Kubera is the ideal direction for Living room, open spaces: The North is the direction of the Pole star, the fixed point in the sky that denotes stability and security. Hence, this is the direction to transact all business. The Logic – In India, (being in the northern hemisphere near the equator), there is constant light form the North, through the year. Hence it makes sense to have open spaces in the North, so that the light is not obstructed and can permeate into the House. Similarly, the Main entrance door can be here as it can be easily accessed from the open spaces. The Living room too, can be on this side as it is close to the main door and is convenient for business transactions, since the outsiders will be entertained here.

Many people are starting their small businesses from home. So the home office is becoming more and more important as people are spending long hours in there. Since it is a business setup, people are increasingly turning to Vaastu Shastra, to ensure good output, increased profit and efficiency in work.

The following Vastu Guidelines for a Home Office ensures that its employees will work efficiently, which in turn will be beneficial for the Owner. Vastu principles for offices takes into consideration many factors, which include the most appropriate location for the workplace, direction in which furniture, gadgets, different departments of the office and the reception should be located, etc.

LOCATION OF THE HOME OFFICE:

FURNITURE ARRANGEMENT IN THE HOME OFFICE:

VAASTU GUIDELINES FOR RECEPTION IN A HOME OFFICE:

VAASTU GUIDELINES FOR SAFE IN A HOME OFFICE:

VAASTU GUIDELINES FOR OWNER'S DESK IN A HOME OFFICE:

VAASTU GUIDELINES FOR PANTRY AND TOILET IN HOME OFFICE: 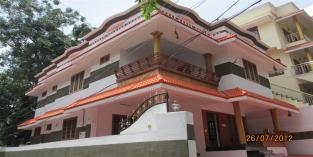 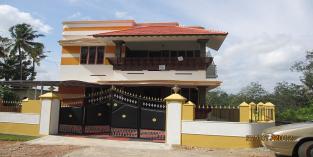 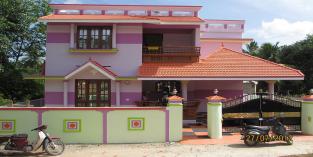 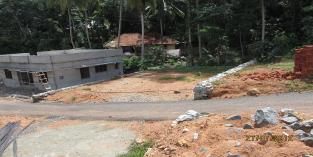 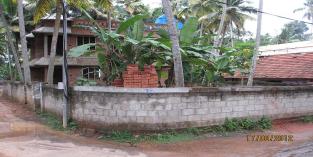 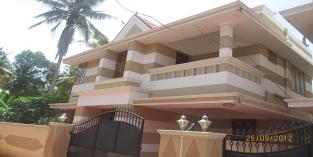 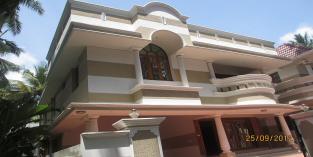 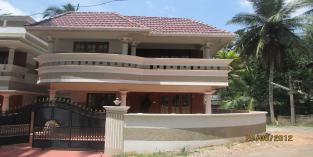 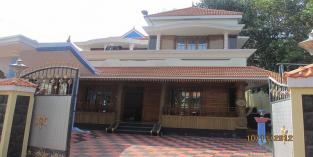 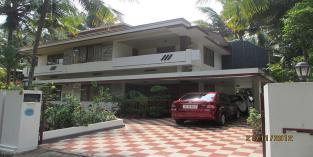 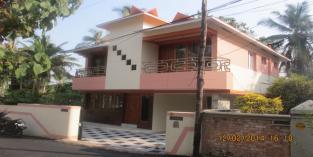